The Paradise was one of the five "Wonder Theatres" built by Loew’s Inc. and named for the Robert Morton ‘Wonder Organ’ installed in each. Four were constructed in New York City and one in Jersey City.
On January 7 1929, the Loew's Valencia, Jamaica, Queens,  would be the first of the Wonder Theatres to open its doors.  The Loew’s Paradise was a joint-second, opening the same day, September 7, 1929 as the Loew’s Kings in Brooklyn. 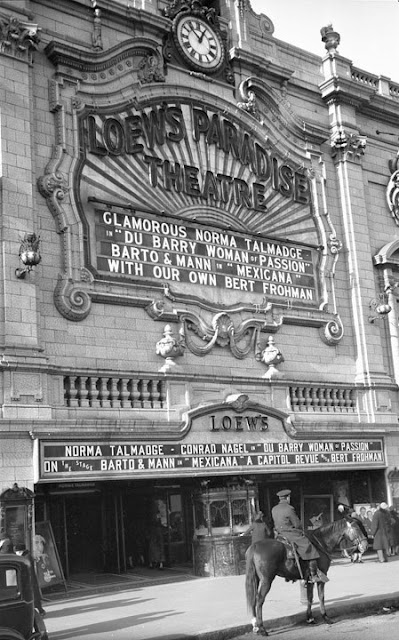 "In this [Italian Baroque] design John Eberson, the architect, has conceived a formal style, drawing away from the over-elaborateness of the French style of Louis XV period. 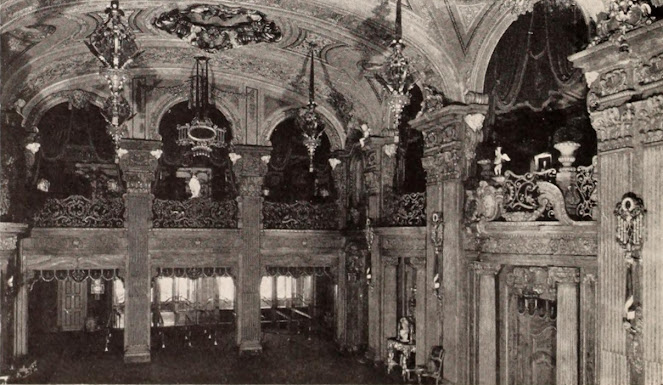 "One end and sidewall of foyer where minute detail continues in the design. The massiveness conveyed by stout  pillars supporting the ceiling, combined with the splendor of pendent lighting fixtures, together with openings into the mezzanine floors, lends something akin to the colossal reaches of Rome's ancient forums." 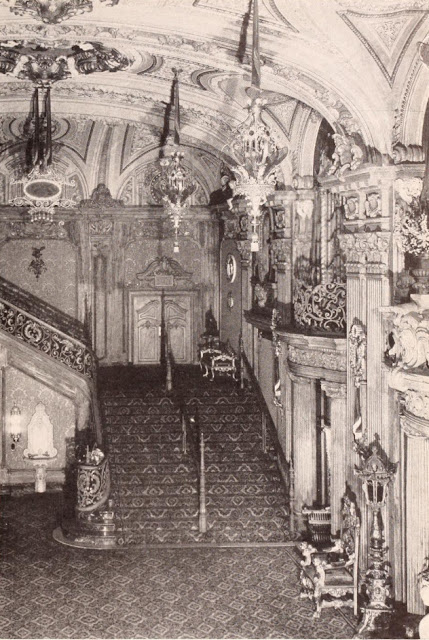 "The main staircase shows detail work that is found throughout the interior. Here it has been concentrated on sidewall and ceiling with the general effect, straight ahead, of being entirely surrounded by palatial elegance." 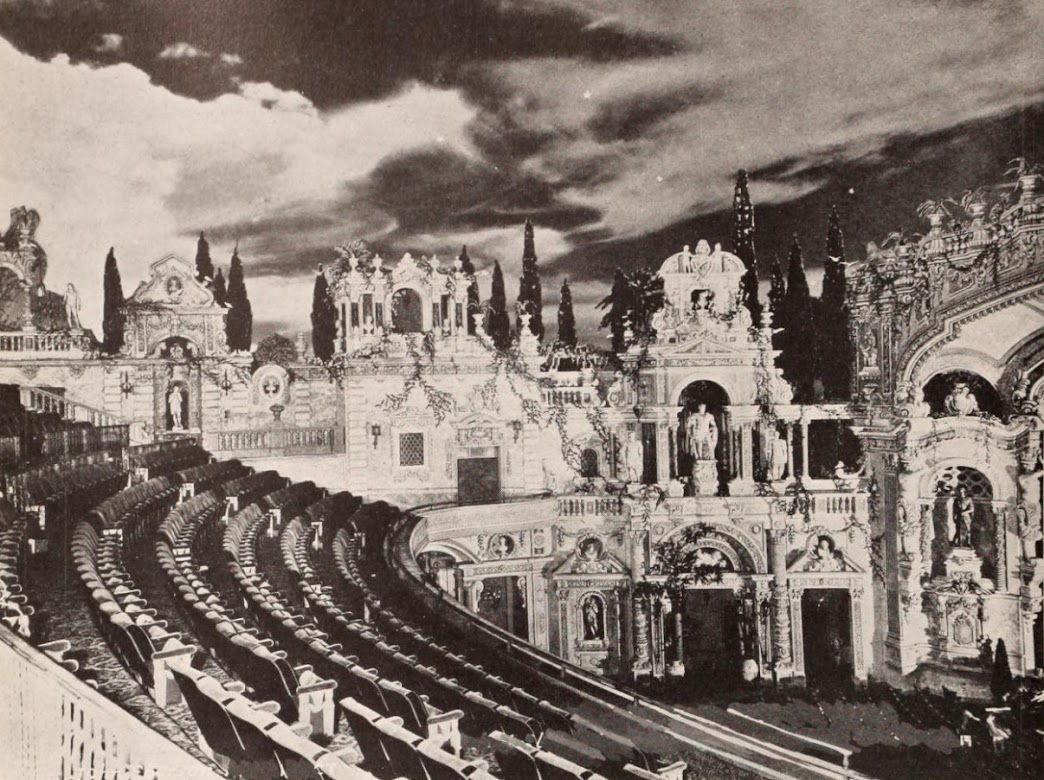 "Above a sweeping panorama of auditorium taken from right side of house showing the splendor of the Italian Baroque design, with the infinite detail from floor to ceiling and extending to the proscenium arch. Note the clouded sky effect as though patrons were seated in a huge out-door amphitheater  under the sky."
Tour the Loew's Paradise